One of the Four Horsemen of the Crypto-Apocalypse Flogs his Putrefying Stallion in Recap of 2018 Stand-up RoutineWhy would a Cointelegraph columnist blow ten bucks on a Nouriel Roubini podcast? Ever? Especially one billed this way: Are Crypto-currencies/Shitcoins the future of money or a bubble now gone bust or a speculative store of value? Watch my views on why “Crypto, Shitcoins & Blockchain are The Mother of All Bubbles Now Gone Bust” in my broadcast today May 5th at 10am ET at https://t.co/pNYvwgVFTP— Nouriel Roubini (@Nouriel) May 5, 2020 Because he assumed, foolishly, that a professor at the NYU Stern School of Business would have something meaningful to add to his Bitcoin critique, particularly in light of recent quantitative easing programs undertaken by central banks worldwide.It was ten bucks (and an hour) entirely wasted. Well… maybe not entirely wasted. There certainly was some pure comedy gold in the broadcast. So What Does a May 2020 Roubini Podcast Sound Like?Imagine a two-year-old stand-up comedy routine parading as a fireside chat, sans Roosevelt-style words of comfort, and without a much-needed laugh track.The jokes, though dated, certainly flew thick and fast. With his blinders pulled low over his intellectual curiosity, Roubini continued to confuse Bitcoin with altcoins and essentially use them interchangeably. To excuse his use of expletives, the good professor explained: “I use the term shitcoins to define them, but they are shitcoins, in substance, and this is a technical term. Google the term shitcoin, and you’re gonna find 500,000 items in it.”The Premise of the Bubble GagHis “Bitcoin is a bubble” argument relied heavily on a 2017-2018 graph showing how fast Bitcoin rose in price compared to tulips, the Mississippi Company, the South Sea Company, and failed dot com firms in their bubbles. (Yes, Mr. Roubini, there was a bubble. We’ve come to terms with it. You can too.)Bitcoin, he explained, is now 55 to 60% below peak. Other not-entirely-shit coins like Ethereum are 85% down, and pure-as-the-driven-snow shitcoins are 95 to 99% off their all-time highs. He sure can pick his periods, though. When the S&P 500 plunged by 35% earlier this year, Bitcoin dropped 60%. There was no mention of the latter’s subsequent recovery to its pre-pandemic value, a feat unmatched by the stock market.Cherry-picking the months to demonstrate that crypto is a “lousy hedge against risky assets” is a tired critique. Facebook only gained half a million users in 2018 in the U.S. — that’s essentially growth stagnation, if you’re a headline writer. But the social media platform has almost complete market saturation already, so user growth is a terrible metric on which to judge the company. Lies, damned lies, and statistics… He went on to wax philosophical on the inherent inequality of Bitcoin, arguing himself into a frenzy over the assertion that it has a Gini coefficient of 0.86, which is “worse than North Korea”. (Interestingly, data on North Korean income inequality is not included in statistics compiled by the United Nations, the CIA, or the World Bank. So maybe this was for dramatic effect, because Lesotho isn’t as evocative.)In fact, active Bitcoin addresses, notwithstanding the 2017-18 spike, have been constantly rising in number over its history, suggesting a broader number of users over time.Perhaps his mind was still in October, 2018. Video of me explaining how crypto is massively centralized: miners, exchanges, dictator developers, wealth inequality worse than North Korea. Decentralization is a Big Fat Lie peddled by self serving greedy crypto oligopolists and cartels. Watch the video https://t.co/JdPU4p1E9I— Nouriel Roubini (@Nouriel) October 12, 2018 His infamous mid-October 2018 Twitter rant appears to be sneaking its way into his current stand-up routine in more ways than one. He described those involved in the industry as “criminals, terrorists, tax evaders, snake oil salesmen, carnival barkers, and human traffickers”.And then there are MAL concerns. MAL is an acronym for anti-money laundering. Most people use AML, but Roubini has twisted the shorthand to suit his poetry skills. (More on that below). Whether it is AML or MAL, some Initial Coin Offerings flaunted those regulations.But labeling Bitcoin busted because ICOs are “81% scams” is a little bit like slamming the latest Eminem album because the turntable is broken.Professor Roubini The Poet?Roubini argued that:  “It took about 100 years for the U.S. dollar to lose 90% of its value, it took one year for 3,000 shitcoins to lose 99% of their value,I don’t know what they’re smoking, They’re a little bit joking.” It’s not Dylan Thomas. It’s hardly even Ogden Nash.Poetry aside, Roubini’s best one-liner wasn’t the one about the Flinstones having a more sophisticated monetary system than the shitcoin ecosystem (again, a rehashed 2018 joke), nor the one about the industry producing ““Zero killer app[s],” and therefore, “failing on all counts.” The prime joke of the entire hour-long podcast was a dig at crypto media outlets: “For $500 [you can] have an article written about your shitcoin for free.”Yes, the guy who can’t distinguish between “$500” and “free” has won a Nobel Prize in Economics. (To be fair, he tried valiantly to correct himself.)So for those who doled out the $10 to listen to Roubini rehash his Greatest Wits:  Epic Fail.I count myself among them. 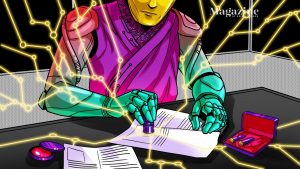 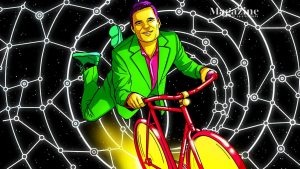 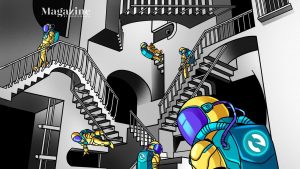 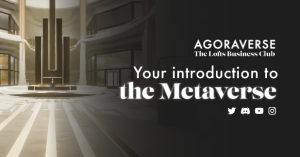 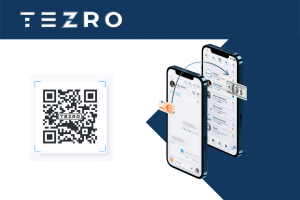 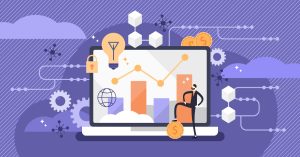